The touching and tragic stories of local men killed in the carnage of the Second World War are being commemorated in a special memorial at a busy Ipswich shopping centre ahead of Remembrance Day.

In all over 600 Ipswich men and women lost their lives during the conflict and this year marks several major anniversaries of a war some of whose survivors are still alive.

The display has been curated by Andrew Beale, 49, of Trimley, near Ipswich, who works for Ipswich Borough Council who has been collecting the pictures and stories of the 1500 local men lost in the two world wars.

This year is not only the 80thanniversary of the beginning of the Second World War but also marks the 75th anniversary of D-Day, the Italian Anzio landings and the Battle of Arnhem.

Among those who didn’t make it and whose pictures gaze out from the exhibition is Edward Foulger, one of 20 Suffolk men to lose their lives in particularly heart-breaking fashion and whose deaths were hushed up by the British authorities.

They were among 800 PoWs loaded into the grain hold of an Italian merchant ship, the SS Scillin, in Tripoli harbour on November 13 after being captured at El Alamein in 1942 – a few hours later the ship was torpedoed by the Royal Navy submarine the Sahib.

The torpedo blew out the bottom of the hold where the men were packed – they had little chance as the ship quickly sank.

Among others to lose their lives in the conflict was Ipswich Town Director John Murray Cobbold, of the well-known local brewing family, a Scots Guards officer and aide de camp to Allied supreme commander Dwight Eisenhower.

He had survived the First World War only to be among over 120 killed when a V1 ‘doodlebug’ flying bomb hit the Guards Chapel during a service in 1944 – Eisenhower had been invited to the service but was too busy to attend.

Andrew Beale said: “We’re very grateful to Sailmakers for allowing us to stage the exhibition there.

“It’s the perfect spot because it’s by the main bus station and so many people visit the Centre so it’s very convenient.

“The new exhibition shows images with short excerpts about some of those that were lost and they also include George Fenn, who worked for the East Anglian Daily Times, and Dudley Moss, a gunner from Ipswich who died of wounds suffered at Dunkirk but whose name never appeared on any war memorials.

“These have been gathered since 2014 as part of the Ipswich War Memorial Project which gathers information, images and family accounts of these brave Ipswich men and women.”

Mike Sorhaindo, Manager of Sailmakers Shopping Centre, said: “We are very pleased to once again be able to stage this touching exhibition as we approach Remembrance Day.

“As it is mainly from World War Two those who died are just so much closer to us and there will still be people among us who remember them in life and it would be good to hear from them.

“They gave their lives for their country and their families are still here and it is again proving very popular with our shoppers and we’re pleased to be able to help Andrew and his fellow researchers share their pictures and their stories with the community of Ipswich.”

Andrew has worked on the project with Helen Ely whose great uncle, William Trusler, lost his life aged just 16, along with the assistance of other specialists in fields of local and military history and they have compiled a fascinating collection.

The pictures and lists have been stored digitally and Andrew said: “We’ve had many pictures from families and also from newspaper obituaries but we have also reunited families with pictures of their relatives because sometimes they had been lost.

“I just became fascinated with it and kept asking questions about who these people were and where they came from and what happened to their families.”

The full profiles can be seen on a free website www.ipswichwarmemorial.co.uk which covers the names on the Christchurch Park war memorial, as well as hundreds more Ipswich residents whose names are listed at churches, places of work, and schools; plus those laid to rest at Ipswich Cemetery as a result of the wars. This website can help families to find out more about their loved ones.

This month to mark the 120th anniversary, of the start of the South Africa Boer War 1899 – 1902, new profiles are available on the website of all the men listed on the East Suffolk Boer War memorial at Christchurch Park, Ipswich. 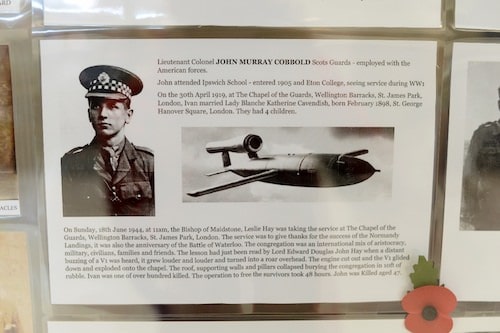 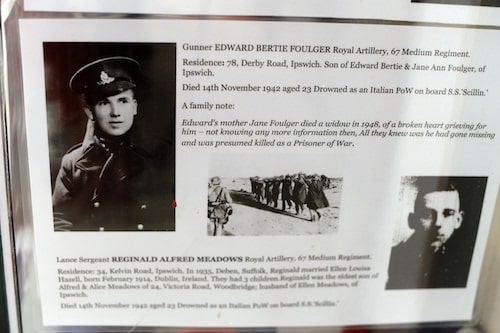 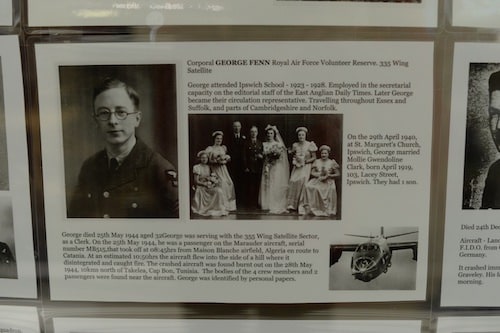 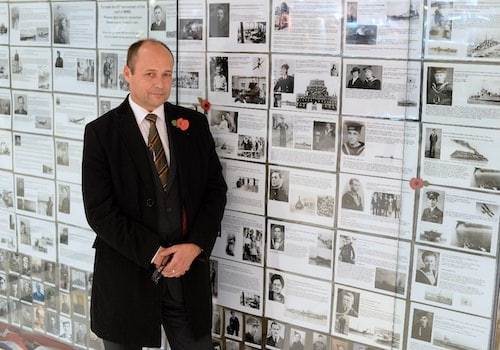 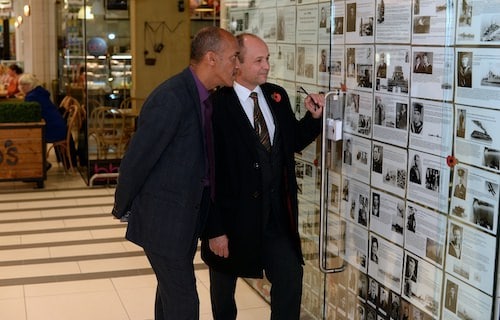