A TOP artist whose eye-catching work has adorned sculptures in a host of major UK cities will be creating the design for a busy Ipswich shopping centre’s take on popular pachyderm Elmer the Elephant.

Deven Bhurke has been commissioned to produce Sailmakers Shopping Centre’s very own version of the much-loved children’s character as part of Elmer’s Big Parade Suffolk in aid of St Elizabeth Hospice.

The art trail, which will feature 55 individually designed elephants spread out across Ipswich between June and September this year, marks the 30th anniversary of both the hospice and Elmer, and is likely to attract thousands of visitors to the town.

Deven, who is an artist and graphic designer, has worked on a number of similar projects since 2013 in cities including London, Cardiff, Norwich, Birmingham, Dundee, Manchester, Portsmouth and Nottingham, where his artwork took pride of place at East Midlands Airport.

The 46-year-old from Southampton, who moved to the UK from India in 2008, will soon begin the lengthy process of painting Sailmakers’s ‘Ladyphant’ sculpture.

Deven said: “Ladyphant is inspired by the one of the most common ladybirds, the black-on-red markings. Ladybirds are beneficial insects, managing garden pests, and with her striking red colour is bound to attract people of all ages.

“I have worked on several Wild in Art projects and it gives me tremendous joy and satisfaction. I am looking forward to painting Ladyphant for Sailmakers and cannot wait to see how vibrant she will look.

“The public art trails are a great way of engaging people, promoting businesses, providing free activities for kids and most importantly at the end of it raising money for participating charities.

“The trail serves multiple purposes and the money raised goes for such a good cause. I am positive the trail will be a great success over the summer and help raise lots of funds for St Elizabeth Hospice.”

Mike Sorhaindo, Manager of Sailmakers Shopping Centre, said: “We’re delighted to be involved again with St Elizabeth Hospice and with having our very own Elmerhere in Sailmakers.

“The Hospice are such an integral part of life in the area and I’m sure the trail will be a big success in showcasing what a great place Ipswich is and in helping raise funds for a wonderful charity.”

Norman Lloyd, Campaign Manager at St Elizabeth Hospice, said: “We are really looking forward to seeing Deven’s design come to life; it was such a striking design on paper, it is sure to be a treat to see when completed and is bound to be a family favourite! It is great to be working closely with Sailmaker’s Shopping Centre as part of the trail and we really appreciate their support.”

Deven’s striking portfolio of work, which has been auctioned off for thousands of pounds in aid of numerous charities, includes painting a sculpture for Transport for London’s ‘Year of the Bus’ art trail back in 2014 and more recently a rocket design for Nottingham’s Hoodwinked event, two bees for Manchester’s Bee in the City public art initiative, Birmingham’s The Big Hoot Trail, and Oor Wullie’s Big Bucket Trail in Dundee based on the famous Scottish comic strip.

Speaking about his artistic background, the former Norwich resident said: “I completed my Diploma in painting from India and worked as a graphic designer with some leading clients for about five years.

“After this I moved to the UK with my wife. Being a graphic designer you will see my work is heavily influenced by geometric patterns and characters, which are my personal favourites.

“I came across Wild in Art when they did the Go Rhinos project in Southampton for Marwell Wildlife in 2013. I submitted three designs and was lucky enough to be commissioned to paint Stylo Rhino.

“Every year I do, on average, anything between seven to 12 sculptures. I would say the most high profile work I have created so far were the Big Hoot owls in Birmingham and Oor Wullie in Scotland.”

Elmer’s Big Parade Suffolk is presented by St Elizabeth Hospice in partnership with creative producers Wild in Art and Andersen Press. Wild in Art has been animating cities across the world since 2008 and created public art events for the London 2012 Olympics, the 2014 Commonwealth Games in Glasgow, Historic Royal Palaces and Penguin Random House.

Each elephant in Elmer’s Big Parade Suffolk will be sponsored by a business and individually decorated by an artist before being auctioned off at the end of the event to raise money for St Elizabeth Hospice. 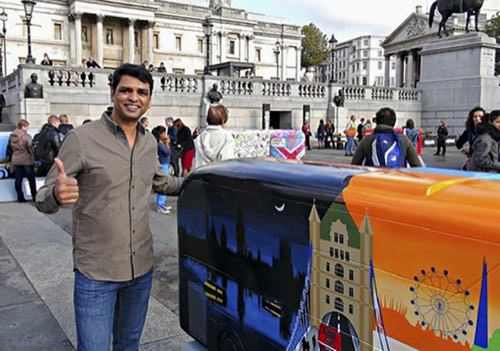 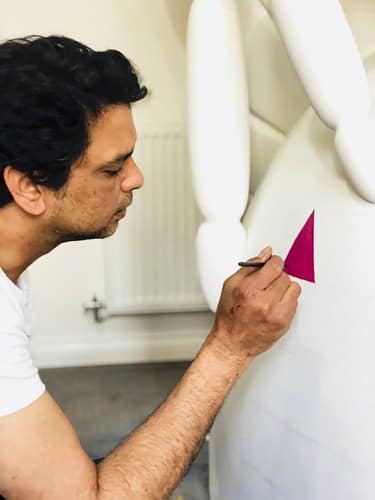