Sons of Windrush to fill shopping centre with sounds of Caribbean

A Caribbean band carrying on their Windrush fathers’ 50-year musical legacy will fill a busy Ipswich shopping centre with the unique sounds of the tropical region during an eagerly-anticipated summer event.

Phaze2 Caribbean Steelband, who have sprung from the Ipswich Caribbean Band which has been performing since the early 1960s, will be showcasing their traditional Caribbean beats with a modern twist at the popular Sailmakers Shopping Centre.

The centre will turn into a little corner of paradise during the specially-themed, free four-day Summer Carnival from August 9-12, with Caribbean music, dancers and traditional delicacies.

The event runs from 11.30am to 4pm each day and will feature plenty of free activities with a pop-up photo wall, coconut shy and arts and crafts as well as the delicious taste of the Caribbean too.

Bass pan player Dave Claxton, from Ipswich, can’t wait to bring a big dose of colour and fun to Sailmakers, promising that there is a big treat in store for shoppers.

The band predominantly play Soca, Calypso and reggae music but also cover the likes of Ed Sheeran, Amy Winehouse, Elvis, UB40 and U2 with a Caribbean flavour.

Dave, 52, said: “We’re really looking forward to playing at the shopping centre. It’s our hometown and the chances are we’ll know a lot of people.

“The weather should be good too which epitomises the music, the colours and the shirts.

“It’s going to be very entertaining with a bit of audience participation. We like to spread a bit of happiness.

“I always say the Steelpans make you see sunshine with your eyes shut.”

The band grew up listening to Caribbean music as their parents, who originated from the West Indies, came over to the UK as part of the Windrush generation.

They formed the band in to keep their fathers’ legacy alive, although some of the Ipswich Caribbean Band are still performing today even in their 80s.

Mike Sorhaindo, Manager of Sailmakers Shopping Centre, spent his childhood on the West Indian island of Dominica and he said: “Steel bands are a unique example of Caribbean culture with a fantastic sound and very high quality musicianship.

“They will add a really authentic feel to the event and with Caribbean food and plenty of fun lined up it promises to be quite a carnival at Sailmakers.”

Phaze2 Caribbean Steelband, comprising pan players, a guitarist, drummer and lead singer, are regularly booked for events and have played at the fan zone outside Ipswich Town FC’s Portman Road on match day.

They have been pencilled in for a set before the East Anglia Derby with Norwich City in September.

Territory sales manager Dave said: “Our dads wanted the legacy and tradition to carry on.

“We were practicing in the cellar of a pub for a while until we had enough songs.

“The first gig wasn’t brilliant to be honest but it was all part of a learning curve and we persevered with it.

“Some band members have changed but the mainstay of the band are the sons of the fathers in the main steel band.

“They have performed regularly at the Suffolk Show for many a year. We do help them out occasionally when they’re short of players.

“One or two of us are musically trained but we mainly pick it up by ear.

“It’s in our heritage, our dads nurtured us and when we first started practicing they stood over us and helped. Now the fledglings have come through.

“We incorporate an all-round sound. With the drums and guitars it creates a very unique sound with the pans.”

Dave, whose parents originated from the islands of St Kitts and Nevis, remembers the odd occasion when he’d be lucky enough to see his dad perform in his band, although as a child he never had any desire to follow in his footsteps.

He explained: “Occasionally it would be a treat for us to go and watch them.

“They used to travel about in a van and because a lot of them couldn’t drive there would be quite a few members travelling in it.

“It would also be crammed with instruments so trying to fit children in it as well wasn’t very easy.

“This is going back to the 60s and 70s so for them it was escapism.

“I never thought back then that I wanted to follow in my father’s footsteps. I was too involved in playing football and chasing girls.

“It’s a hell of a commitment and there are certain sacrifices you have to make.”

It was by chance having watched their dads perform in later life that a discussion developed for them to assume the mantle, and under the guidance of their elders Phaze2 Caribbean Steelband was born.

Dave said: “We watched them playing and thought this is interesting. The conversation was had and it turned out they had a spare set of rusty and battered pans so we practiced with them.

“Over time we got better instruments, made a better sound and it basically evolved from there.

“When you play pans and hear the song come out you feel so good about the music you’re creating.

“We’ve taken what our dads do and given it a modern take. We try to incorporate everything for everyone.

“He’s a huge Ipswich fan so we’ll try and entice him to join us in the fan zone. That would be brilliant.” 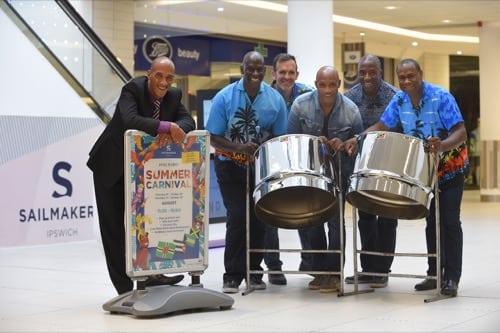 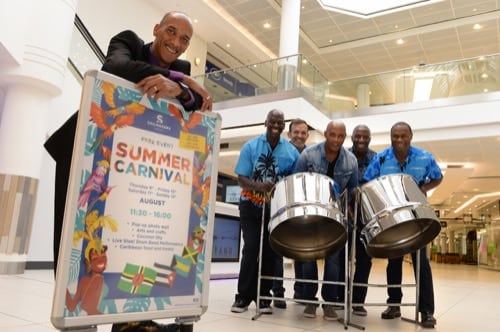 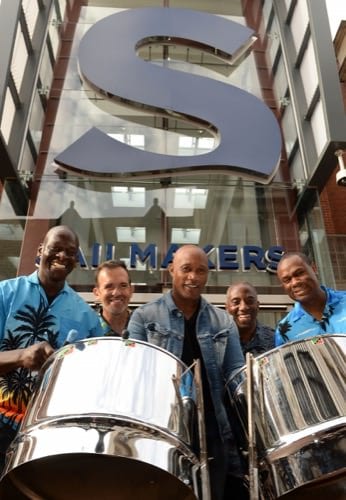 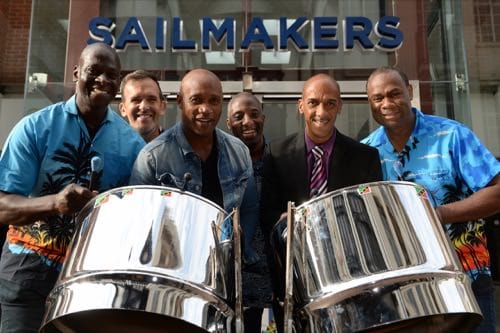