FANS of classic computer consoles are in for a treat when a busy Ipswich shopping centre hosts a weekend of retro gaming fun.

Bring Back Retro, who organise gaming events and even cater for weddings, are bringing along their full repertoire of old-school games consoles to Sailmakers Shopping Centre on November 9 and 10.

Gamers of all ages will be able to reminisce or play for the very first time much-loved consoles from Sega, Nintendo and PlayStation, as well as a Commodore and an original Atari 2600 which dates back to 1977.

Friends Miles Power, Chris Turner and Liam Olley decided to turn their passion for retro gaming into a business three years ago and it has grown rapidly with the trio being booked out for parties, weddings and business functions.

Bring Back Retro will be using a shopping unit at Sailmakers for their event and will even have 90s television sets for the classic games consoles as well as music and TV ads from that period to enhance the nostalgic experience.

Miles Power, 34, who lives in Ipswich, said: “I’ve been searching for a place where we could do an event indoors and I got in touch with Sailmakers on the off-chance.

“The centre manager Mike Sorhaindo was really up for it and he’s kindly let us use one of the empty shops which is really, really cool.

“As well as doing Bring Back Retro we all work full time and don’t usually get to do an event for more than one day so this is really exciting.

“We’ll be setting up all the equipment and people can literally come and go as they please.

“We’ll be showing TV ads from the 90s and playing old style music to get people in the mood.

“We’ll be playing sets from DJ Ravi Abbott who uses the Commodore for remixing songs. We just try to make everything retro to give people the whole experience.”

He added: “At events we tend to find that people in their 40s and 50s who grew up with many of these consoles enjoy getting involved.

“We had a black and white TV at one event and a bloke came up and said it was the exact same one that he had when he was younger. It’s so good to hear stories like that.

“But it’s not just about nostalgia. Kids really enjoy playing the older consoles as they’re so simple to play.

“My five year old daughter Violet loves playing them. You could say she’s following in my footsteps and as soon as she’s big enough to lift a telly she’ll be an asset.”

The birth of Bring Back Retro was sparked by a 24-hour retro gaming marathon Miles had organised for charity.

He explained: “When my nanna passed away to say thank you to Ipswich hospital I organised this sponsored 24-hour gaming marathon in my parents’ barn.

“I’m not very good at exercising so a charity run was out of the question but I thought I’ve got all these old games consoles why not do something with them.

“We now do the marathon every year for a different charity and it’s how Bring Back Retro started. We got interest from Comic Con and birthday parties and it just grew from there.

“We’ve just got into weddings during the past year. They seem to be quite popular. The last one we did we set up in a tent for a festival style wedding- it was brilliant.

“We just watch and help. Obviously it’s original hardware so we’re on hand if there are any issues or if people need any help with the game they’re playing.

“I had a lot of consoles from when I was a kid. I’d built them up as I’m a bit of a hoarder. We tend to get our consoles from eBay and Facebook and put them on old style TVs which you can imagine take up a lot of space.

“We’re looking at a way of getting the old Teletext on them to add another retro theme.”

“The old style consoles have always been my passion – I just like the simplicity of them.”

“It’s going to be a real trip down memory lane for shoppers who remember classic games consoles such as the Mega Drive and SNES.

“But it’s not just about nostalgia, this is an event for the whole family. Children will no doubt love trying something new on something old.” 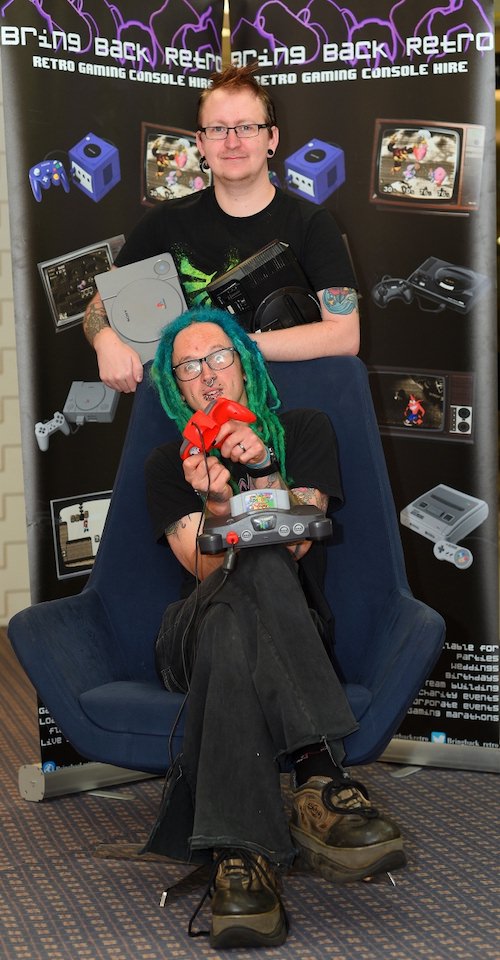 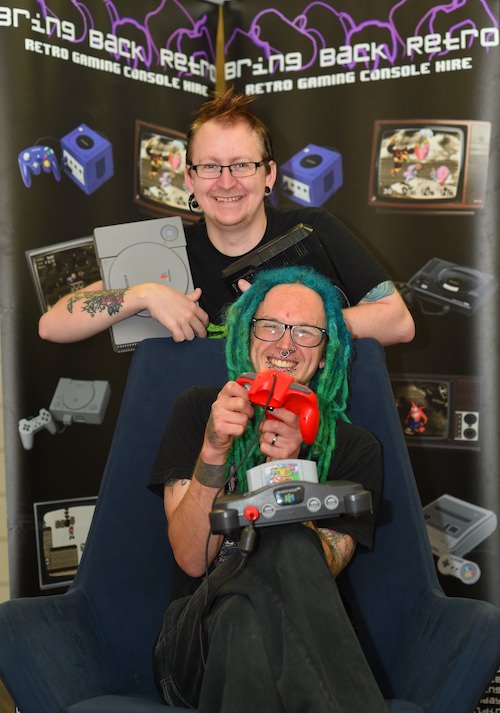 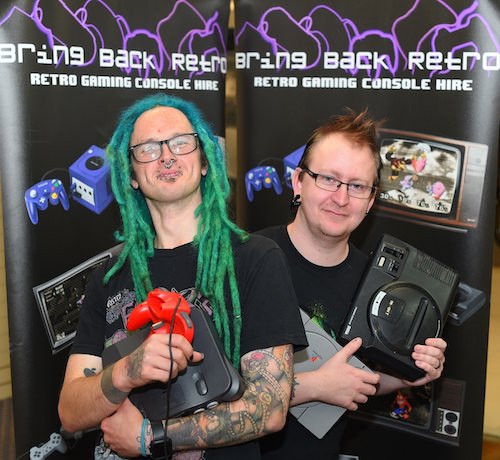 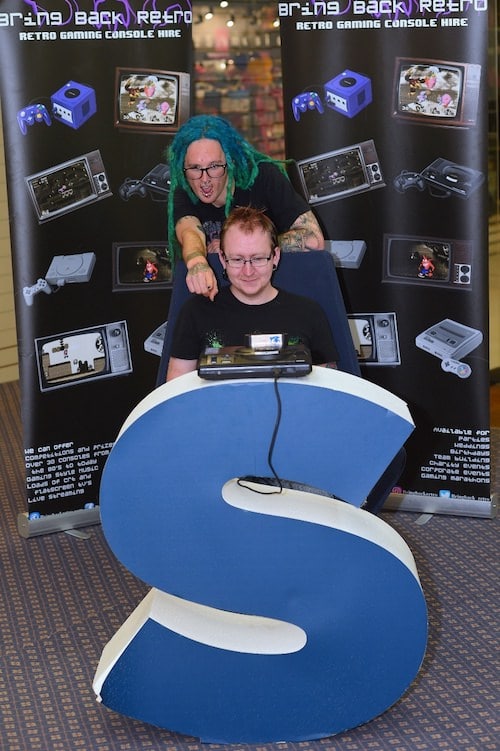 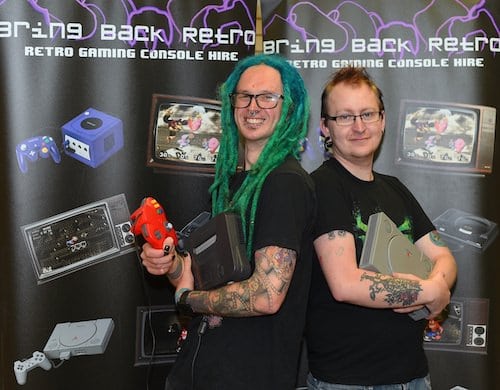